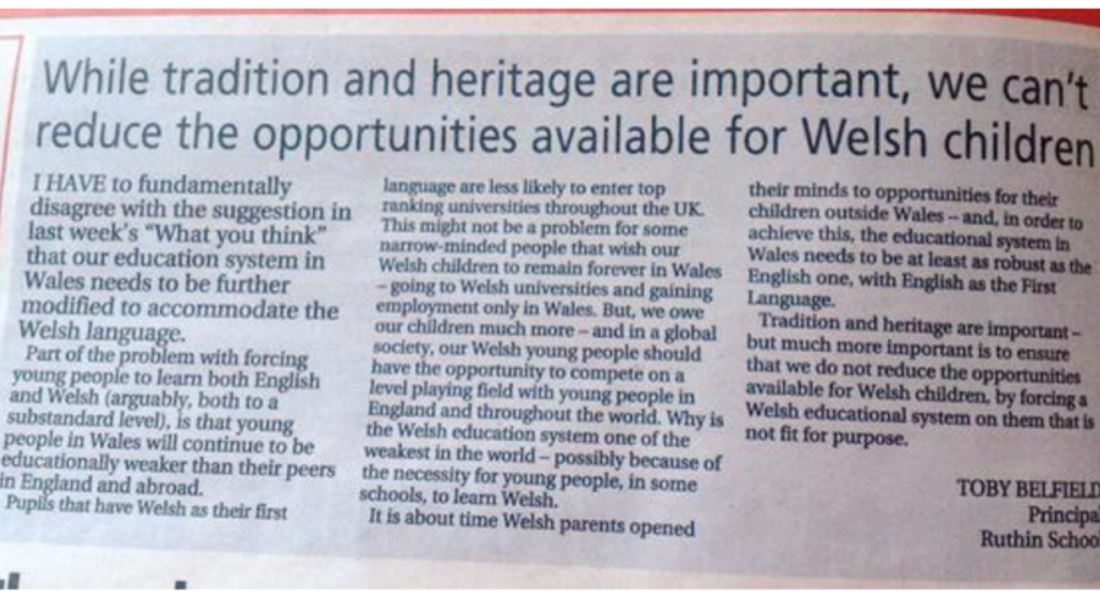 Last week my attention was drawn to an article on the Wales Online news website that reports on a letter written to a local newspaper by Toby Belfield, headteacher of Ruthin School in Denbighshire, North Wales. In the letter he responds to a parent’s suggestion that the language of instruction in schools in Wales should be Welsh by suggesting that by “forcing young people to learn both English and Welsh (arguably, both to a substandard level) is that young people in Wales will continue to be educationally weaker than their peers in England and abroad.”

This is an interesting claim and one which could be supported or refuted by empirical evidence.

So, in the spirit of encouraging members of the educational community to base their assertions on evidence, I decided to ask Toby Belfield for the evidence upon which he based those in his letter. To do this I used the excellent Ask For Evidence website. The Ask For Evidence initiative was set up by Sense About Science to help “people request for themselves the evidence behind news stories, marketing claims and policies.”

Here is the text of my request for evidence:

I read with interest about the the disagreement being voiced between you and some members of the Welsh community with regards to the effects that Welsh language education has on the attainment of children educated in Wales (Wales Online 14 May 2015).

I am a doctoral researcher in Oxford, with a particular interest in the way that first and second languages interact during the learning process. My thesis investigates whether making use of a child’s first language in an otherwise monolingual English speaking environment is helpful, harmful or makes no difference.

I am currently preparing a systematic review of empirical studies that have investigated this question. This involves as exhaustive a search as possible to find reports of studies addressing this issue, so that a comprehensive picture of the effects can be assembled, as free as possible from bias.

I would be very grateful if you felt able to provide me with the evidence upon which your comments to the press in Wales were based. This would allow me to incorporate into my review studies that I may have missed.

As an educator of some 20 years prior to going into research, I feel that it is absolutely vital that decisions in education are based on sound empirical evidence, so that we as teachers can be confident that what we are doing is as effective as possible raising attainment of the children to whom we are responsible.

Please note that in addition to my own research, I am asking this as part of the Ask for Evidence campaign and will share the response I get publicly.

I look forward to hearing from you.

I think that it is unlikely that Mr Belfield will be able to provide me with evidence to support his claim that learning two languages in and of itself is harmful to the academic prospects of Welsh children. The evidence of which I am aware would suggest either that it makes no difference in the long term, or that it is beneficial. But this evidence is derived in the main from studies conducted in the USA or Canada, and so he may be aware of similar studies carried out in Wales that would suggest otherwise.

Where he might have a point is in his assertion that teaching Welsh and English “arguably, both to a substandard level” could have negative effects of the overall attainment of Welsh children. This, though, is not a question of what one teaches, but rather the competence with which it is taught. Indeed, reading between the lines of his letter, there is more than language of instruction that he is worried about, and he makes a number of further claims on which he might be reasonably challenged.

I sympathise with his question later in his letter asking “Why is the Welsh education system one of the weakest in the world?” He makes a leap of logic though to suggest that it is weak because of the the necessity in some schools in Wales to learn Welsh. But that – in the absence of any evidence – is merely conjecture. We shouldn’t be basing educational claims on conjecture.

You can follow my AskForEvidence request here if you’re interested, and I’ll be updating on my blog as the request progresses.

As I was writing this post I saw that Mr Belfield has made an unreserved apology to people who were offended by his letter. He modified his position somewhat by stating that “If all teachers had to not only speak Welsh, but had to teach through the medium of Welsh, then the pool of teachers available to work in Welsh schools will dramatically be reduced, and high quality academics will not necessarily be able to guide/teach our Welsh children.” This is a not unreasonable position to adopt, and further study to determine the Welsh language proficiency of teachers in the Welsh system would be warranted to to assess whether it is defensible.

The baying crowd on social media has forced this headteacher to apologise for offence he has caused. If people are genuinely offended by the personal opinions of a private school headteacher, then I guess that’s their prerogative. For me the bigger offence is to not take account of the evidence when commentating on approaches to education.

Hamish Chalmers is a doctoral researcher at Oxford Brookes University investigating the effect that using a child's first language has on their education. This blog first appeared on Hamish's blog. Follow @hwc001 on Twitter for more, and if this post inspires you to question claims on education, Ask for Evidence! 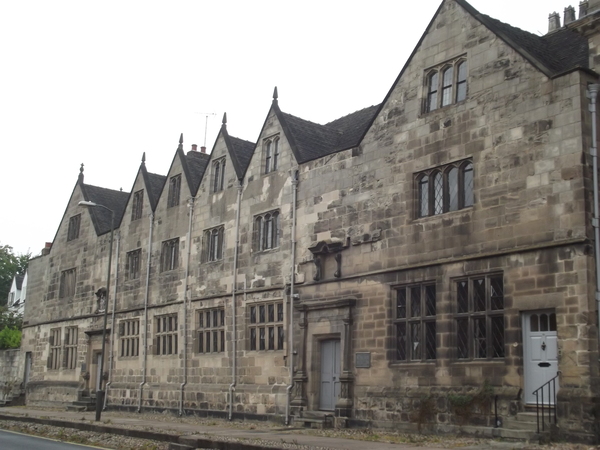 The Independent reported that “Grammar schools contribute to social inequality and lead to a widening of the income gap between rich and poor,” and that “in areas with a grammar school [...]