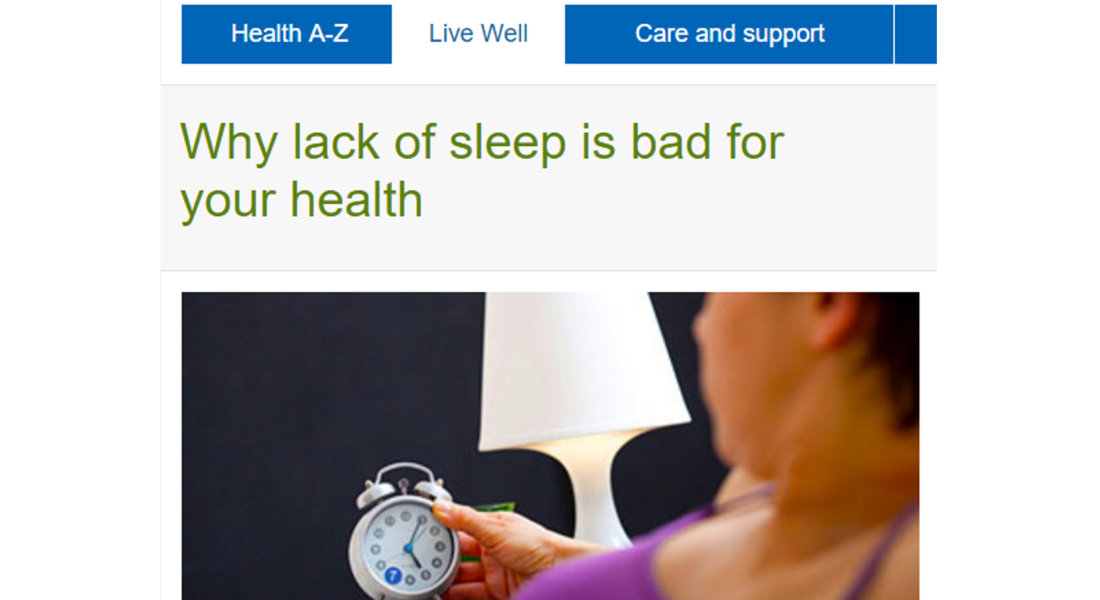 Obesity caused by not getting enough sleep?

NHS Choices updates advice after being asked for evidence

Obesity caused by not getting enough sleep?

After Ben Ashby asked NHS Choices for evidence for the claim that ‘people who sleep less than seven hours a day are 30% more likely to be obese than those who get 9 hours or more’, NHS Choices agreed that the research they provided did not support such a specific claim and amended its website.

However, there is a body of good research that shows a strong relationship between lack of sleep and being overweight. Our thanks in particular go to Professor Richard Wiseman, University of Hertfordshire, for highlighting longitudinal studies that look into this. So we don’t want people to draw the conclusion that there is no connection - the correlation is strong and some causative mechanisms are being suggested. NHS Choices was not fundamentally wrong about the direction of research findings. Sense About Science is now looking at whether it is possible to give a reasonable range for the likelihood in place of the specific ’30%’ claim. In the meantime, we’ve posted this update in place of the 18th January account which we’d overburdened with annotations.