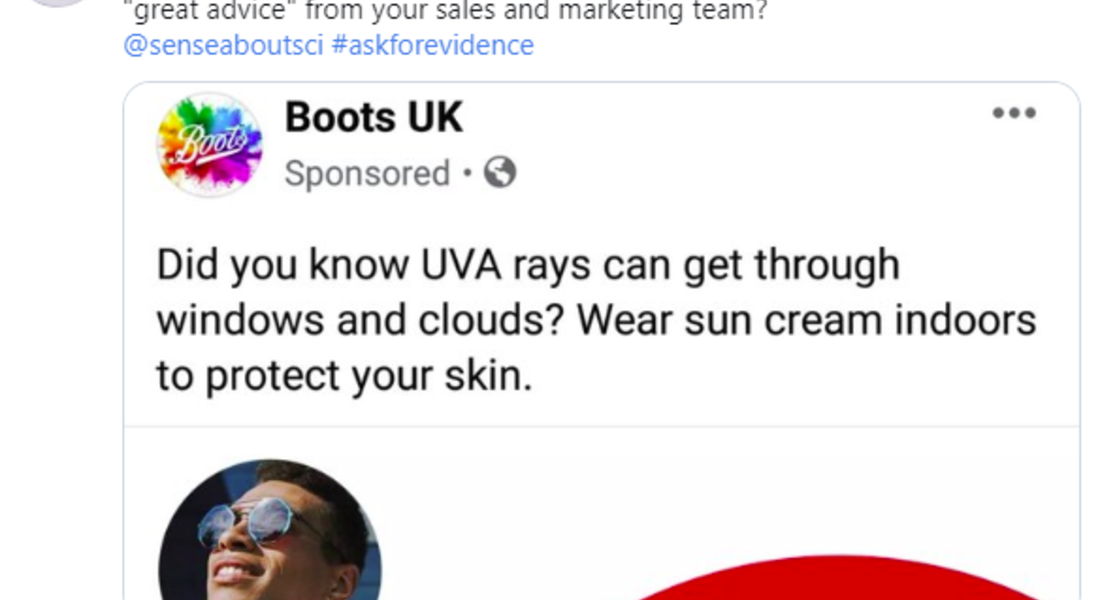 Here at the Ask for Evidence campaign we’re seeing more people use social media to ask companies, influencers, politicians and commentators for the evidence behind the claims they make.

Back in 2012, when the campaign started, we printed off thousands of Ask for Evidence postcards which people sent when they wanted to challenge a claim. Although it’s not as popular to write letters anymore, putting pen to paper can help show you’re serious. 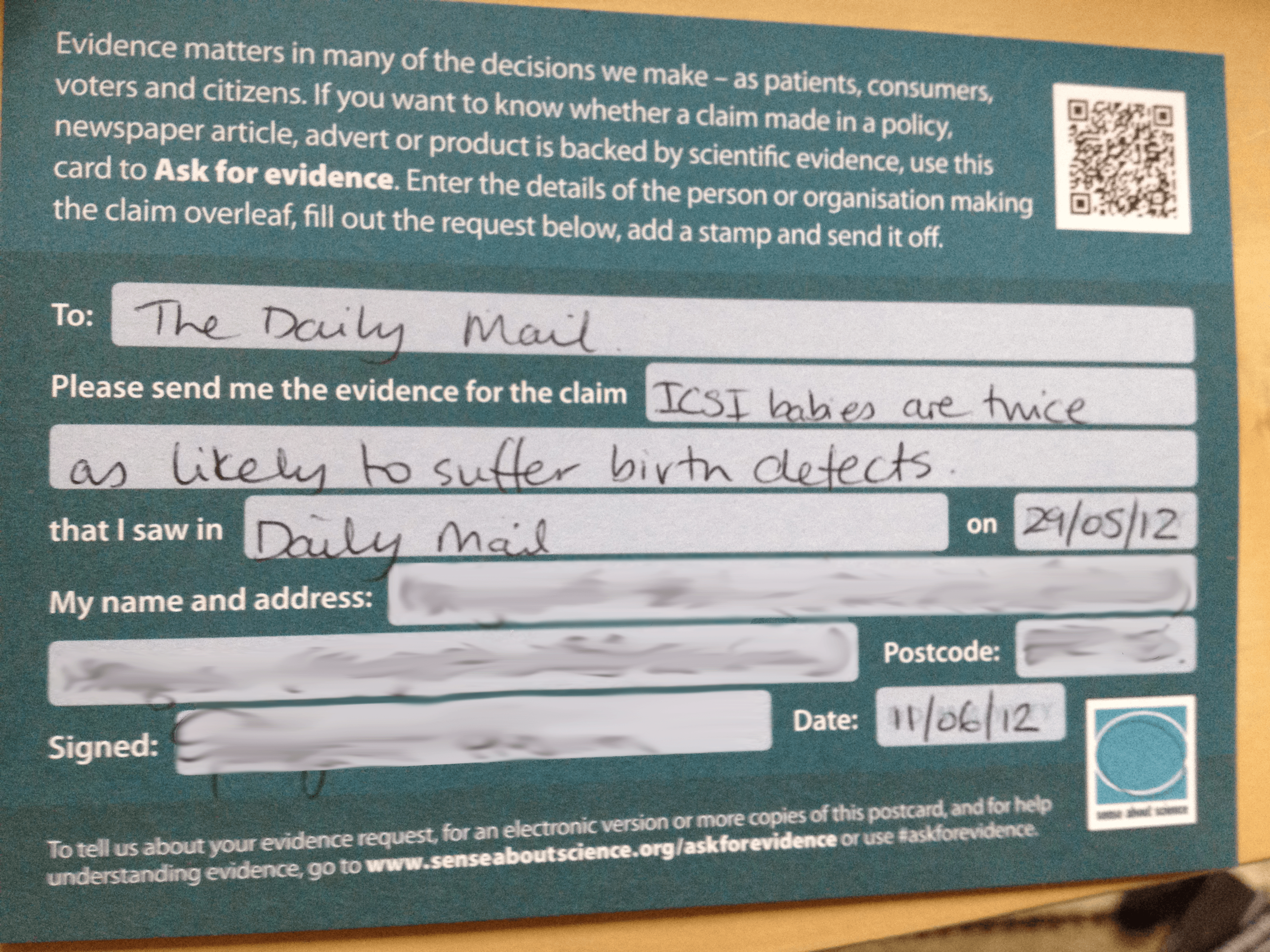 Of course then, as now, people would also ask for evidence via email. Emails tend to be more formal but it doesn’t mean they have to be long or complicated. In fact, the more direct and simpler the ask, the more likely you are to get a reply and make a change.

But as companies and individuals now set so much store by their social media presence it’s never been easier to #AskForEvidence, on Twitter or Faceook. It’s always been straightforward to send an ask but now there’s no excuse as it takes only seconds. More importantly, as it’s public you’re more likely to get noticed and force them to act. 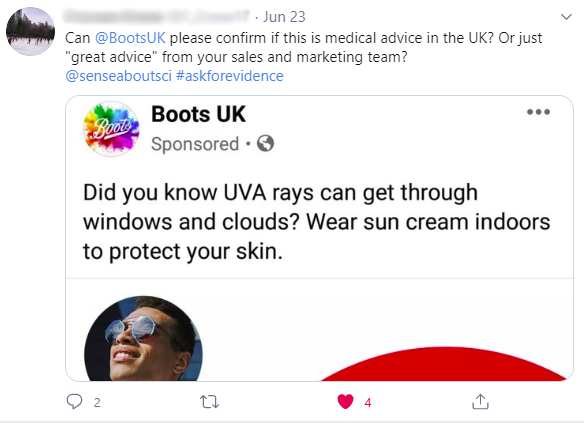 Over the years, we’ve been part of lots of different Ask for Evidence conversations and so we drew on this experience to produce a short Guide to Asking [LINK]. So whether you want to write a letter, send an email, tweet, comment or post, we can help you contact the right person, ask in a way that’s likely to get a response, and if needed make sense of the reply.

We always want to hear about people’s “asks” so don't forget to tag us online (Twitter @senseaboutsci), (Facebook @AskforEvidence) and use the #AskForEvidence hashtag.

We’ve been hard at work here at the Ask for Evidence campaign with a big update with our Evidence Hunter campaign [...] 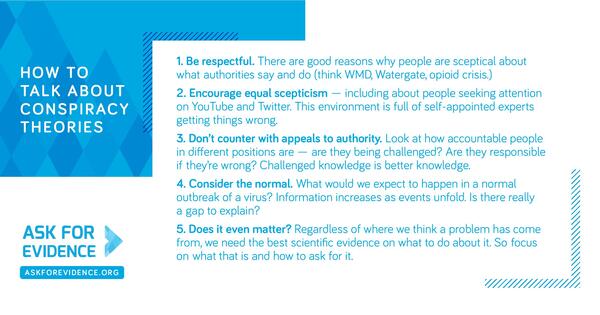 How to talk about conspiracy theories

Here are some ideas for how you can engage in conversations about conspiracy theories [...] 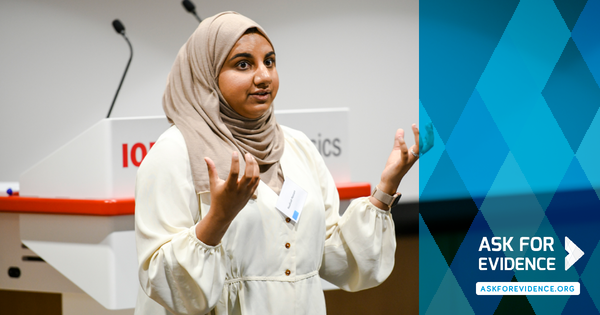 Ambassador Haafizah Hoosen tells us what it's like asking for evidence on the Isle of Man [...]

How does Covid-19 spread?

We’ve pulled together some facts and figures on how Covid-19 is transmitted [...] 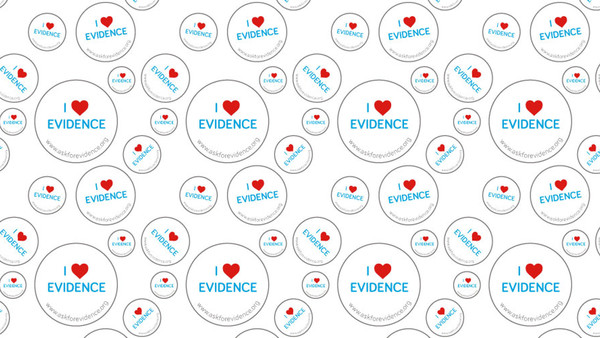 We're all aware of “fake news” but it’s still easy to get carried away by a story and to unwittingly spread false information. [...]