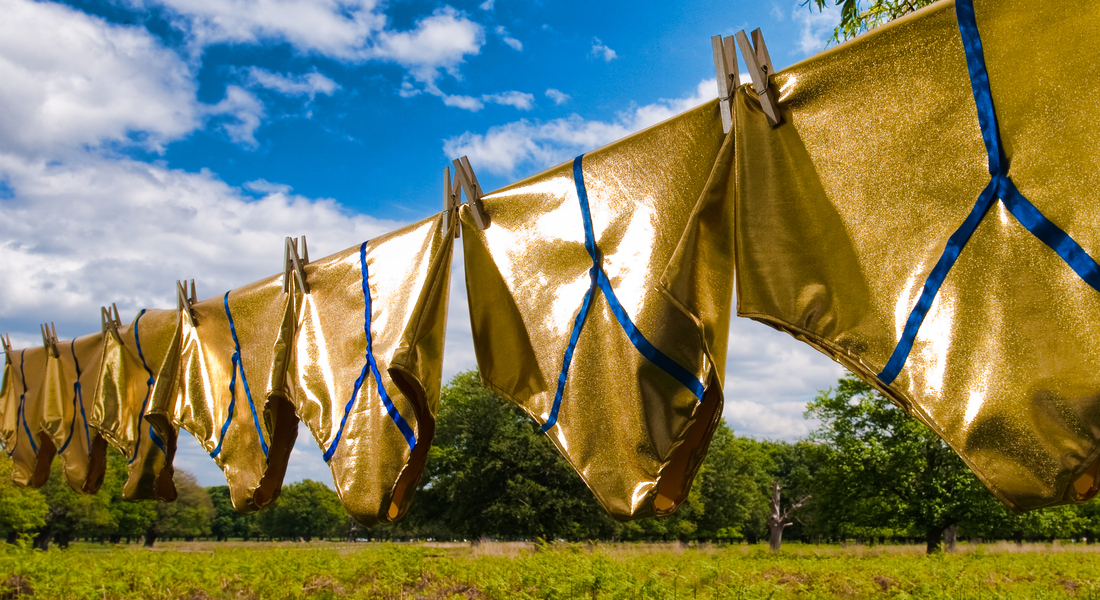 Underpants to protect your sperm from electromagnetic radiation?

Posted by CHRIS PETERS, on Wednesday 13th of August, 2014

A few months back I spotted an interesting product being advertised online called "Wireless Armour", which argued that:

"We are exposing ourselves to unprecedented levels of electromagnetic radiation and this is showing with our declining sperm counts and increasing cases of cancer".

This product - underpants with a "mesh of pure silver" incorporated into the material - claimed to be able to "block at least 99.9% of the harmful radiation".

The product seems to have been endorsed by none other than Richard Branson who put it at number 9 on his "top 10 back-of-the-envelope start-up ideas" for 2014. To be fair, Branson called the product 'intriguing' and didn't comment on whether it was evidence-based.

I contacted the company to ask for evidence behind claims that electromagnetic radiation was dangerous and whether this product has been scientifically proven to be effective at blocking this radiation.

Not having received a reply from the company I contacted Professor Geraldine Thomas at the Faculty of Medicine, Department of Surgery & Cancer at Imperial College. She told me:

"I don't see any need for this sort of protection as far as I know there is no evidence that exposure to electromagnetic radiation (presumably from laptop computers or mobile phones in pockets as these would at least be in close proximity to the target area) has any effect on sperm count. Being as we are bombarded with electromagnetic radiation from natural sources throughout life, I doubt that the small amount that we add to it with our gadgets would make any difference. Sounds like a good way of selling something unnecessary to the gullible!"

Maybe the evidence was supplied on the back of an envelope.