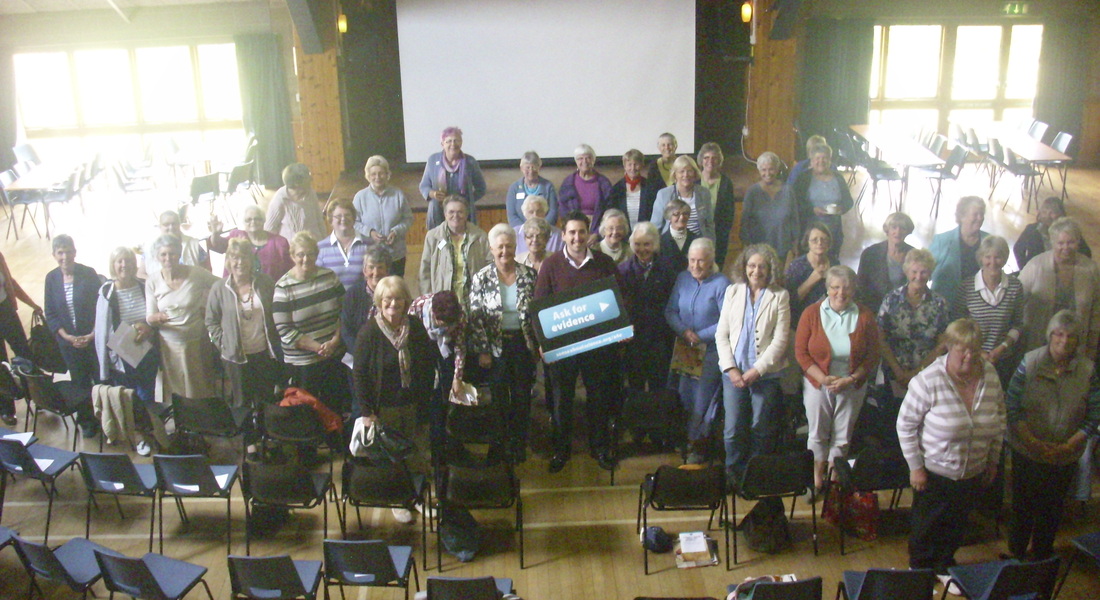 Who's asking for evidence?

What do the Women’s Institutes and the weightlifting podcast Iron Radio have in common?

Who's asking for evidence?

What do the Women’s Institutes and the weightlifting podcast Iron Radio have in common?

They, along with Oxford Skeptics in the Pub and the South Harpenden Gardens and Allotments Society are just some of the groups that I’ve spoken with recently about our Ask for Evidence campaign. These are all groups whose members, listeners and supporters have got in touch to say they object to having the wool pulled over their eyes by misleading advertising and evidence-free policies. And people from all these organisations are doing something about it – they’re asking for evidence.

It’s important we have a diverse range of people supporting the campaign – and Ask for Evidence has uniquely eclectic mix, such as Mumsnet, the UK biggest parenting forum, the British Institute of Radiology, the consumer association Which? and the Vegan Society. All of them are putting their shoulders to the wheel to help challenge misleading information in politician’s speeches, newspaper articles, and beyond.

But we have to make a lasting change by putting science and evidence in the hands of the public. And for that we need even more people involved. There are plenty of ways you can help. Ask your organisation if it will support the campaign. As you can see I’m happy to come and explain exactly what that means. And if you’ve seen a claim that you’re not sure about, don’t just walk on by, take responsibility – ask for evidence.