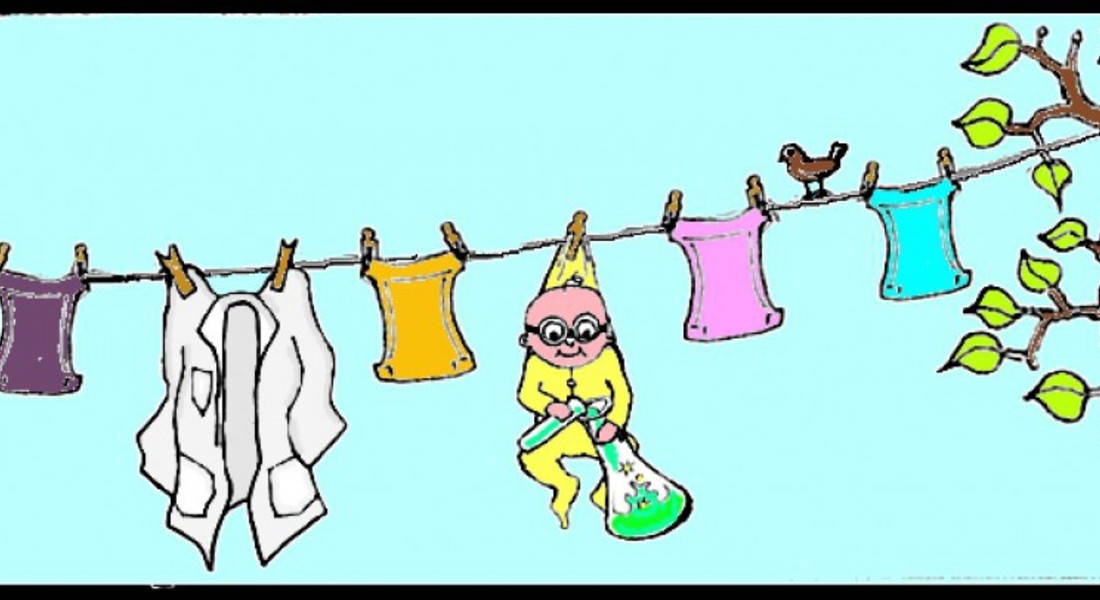 Should you wash nappies with non-bio detergent? NHS Choices changes its advice

Should you wash nappies with non-bio detergent? NHS Choices changes its advice

Posted by SOPHIA COLLINS, on Wednesday 2nd of December, 2015

There’s a lot of contradictory advice in the UK cloth nappy world about washing your nappies. But one thing every source is agreed upon is that YOU MUSTN’T WASH YOUR NAPPIES IN BIO POWDER.

Nappy Science Gang is a citizen science project for parents who use reusable nappies, and one of our aims has been to question received wisdom. One question we kept coming up with was WHY shouldn’t we use bio powder? Experts agree bio cleans better. Most countries in the world don’t even have such a thing as non-bio powder. There’s studies showing that bio doesn’t cause any more skin problems than non-bio (most reactions are to perfumes in detergents, which are just as likely to be in either). Can bio really be that bad? And every time the question was asked, it all kept coming back to the fact that the NHS recommends using non-bio on all baby items.

Eventually, one of our science advisors (Mark Smith, a detergent expert and member of the Royal Society for Chemistry’s Water Science Forum) wondered, “Well, where does this advice come from?” So he wrote to NHS Choices, simply asking what evidence this advice was based on. And they investigated. And they concluded that it was based on no evidence at all.

So they’ve changed their guidance. And are writing to the Department of Health and Public Health England to let them know too. It will take some time for that to percolate through all channels. But ultimately, a group of citizen science mums has changed the policy of an organisation so big that it’s the fifth biggest employer in the world. Just by persistently asking questions.

The email we received from NHS Choices is below, as it has more useful info about bio vs non-bio and some expert opinion from a Professor of Evidence-based Dermatology. Credit is also due here to NHS Choices, for looking into this so quickly and thoroughly and for being willing to change their advice due to the evidence they found. To be honest, I expected that it would be almost impossible for us to get them to change their minds without months of lobbying. So cheers to the NHS. And cheers to asking questions.

Many thanks for getting in touch with NHS Choices about our nappies advice. The points you mention were included in the Department of Health advice books that used to be given to all parents. The advice about biological washing powder was mentioned in ‘The Pregnancy Book’ while the suggestion that parents flush nappy liners down the toilet was in the ‘Birth to Five’ book.

When the DoH decided in 2009 not to publish the books any more, the content was transferred onto NHS Choices. Much of our pregnancy and baby content is still based on the information they contained.  I have researched the link between biological washing powders and skin irritations and found no evidence to back this up. I contected Prof Hywel Williams, Professor of Dermato-Epidemiology and Co-Director of the Centre of Evidence-Based Dermatology at the University of Nottingham, and he replied:

‘I know of no good evidence that supports avoidance of biological washing powders or fabric conditioners and use of non-bio instead. Modern washing machines are so efficient that they are very unlikely to leave behind traces of enzymes or soap that can act as irritants …it might be a legacy from a long time ago when they first came out (perhaps with some residues giving rise to irritation), but it has left a legacy of a very strong ritual in the British population.’

He provided this reference:

He also searched the GREAT database (http://www.greatdatabase.org.uk/GD4/Home/Index.php) and found no evidence there, either.

In the light of this, I plan to remove what we currently say about biological washing powder and say, instead, that there is no evidence to support not using it. I will also let our maternity policy teams at the DoH and PHE know that I am doing this.

Re nappy liners- a brief look at the advice of a few water companies shows me that, as you say, we’re not supposed to flush anything down the toilet but wee, poo and toilet paper. So I will remove that too.

Many thanks again for getting in touch. Comments like yours are extremely useful to us, and help us to ensure that all of our advice is evidence-based and reflects best practice.