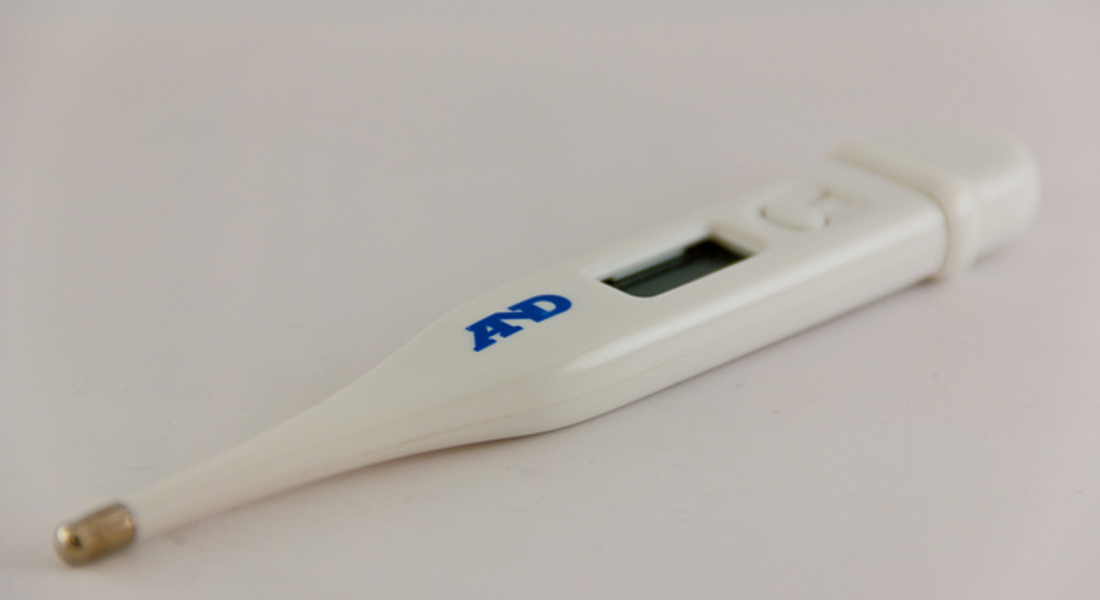 Like a lot of 20-somethings in the Western world, I spend the odd 10 minutes here and there scrolling through social media. One day in July I was scrolling through Instagram and a sponsored post for an app called NaturalCycles appeared. Following the release of an egg cell from the ovary (ovulation), basal body temperature (BBT) increases between 0.2 and 0.45°C. This is due to hormonal changes occurring in the body, namely; lowered oestrogen, a surge of luteinising hormone (LH) and elevated progesterone1. This app claimed to be able to replace more conventional methods of contraception by using basal body temperature and details about a woman’s menstrual cycle. The app uses this information to assign the days on which a woman is fertile (red), and so should either abstain from sexual activity or use protection, and the days on which she is not fertile (green), when she can have unprotected sex. My curiosity was piqued, so here I am today writing this piece for Ask for Evidence.

I ‘asked for evidence’ for these claims by searching for published scientific research validating the NaturalCycles app. NaturalCycles themselves have published three peer-reviewed papers2, 3, 4 which I have used to investigate if the following claims are true:

So let’s get into it. Their first paper2 assessed whether the app could identify the ovulation day of the user and therefore identify her fertile window. It is important to note that this was a retrospective study; conducted upon data that NaturalCycles had already collected. The study included 371 women aged 18 to 39 (mean age, 30.1).

This study has revealed that the app isn’t perfect (no contraception is) as 0.05% green days (5 in 100 days) were given falsely. Despite this, the only pregnancy reported in this study was due to unprotected sex on a red day. In addition, the authors showed that the app can approximately predict ovulation using basal body temperature; however, it works much better if BBT is used and LH levels are monitored using an ovulation test. The app’s prediction of ovulation is very similar to ovulation detected using ultrasound. This study has also revealed that the longer the app is used, the smarter it gets, especially if hormonal contraception was previously used. One criticism of this study is that all of its participants were Swedish and Swiss women and so isn’t necessarily representative for all women.

The second investigation3, another retrospective study, looked into the app’s efficiency as a contraceptive. The study (using data gathered from 4054 women) indicated that the app could be used as an effective contraceptive; however, 143 women fell pregnant. The study indicates that 51% of these pregnancies resulted from a lack of protection used on a red day (human error). Additional reasons are suggested to be method failure; which means that the app has falsely attributing a green day and also contraception failure; the method of contraception fails due to sex on a red day. It is important to note that 34% of study participants stopped using the app during the 5-month study.

This leads us to the third and final study conducted by researchers at NaturalCycles4. The study set out to find out the perfect-use Pearl Index and typical-use Pearl Index of the app. This prospective study found that the ‘perfect use’ Pearl Index is 1.0 (95% confidence interval (CI): 0.5-1.5) pregnancies per 100 woman-years. In plain terms this means that on average 1 out of 100 women who use the app as a contraceptive for one year will become pregnant.

The typical-use pearl index is 6.8 pregnancies per 100 woman-years (95%, CI 6.4-7.2) meaning that 68 women out of 1000 got pregnant during one year of using the app as contraception. 5 out of 1000 women who used the app for one year would become pregnant specifically due to a falsely attributed green day.

Earlier I stated that the app becomes better the longer it is used, however, the second and third studies revealed that there is a high discontinuation rate. The most obvious reason for this is because users should ideally measure their temperature each morning before getting out of bed. This is quite high maintenance to use accurately. Another reason for the discontinuation was shown to be pregnancy.

I can applaud NaturalCycles for their transparency in the small print and it’s important for users to read it, educate themselves and weigh up the risks and benefits of using the product:

Here’s the thing, whether users follow the user protocol perfectly or not is an unknown quantity. On red days the app recommends either to abstain or to use protection. Which method of protection, NaturalCycles does not specify; alternative methods of contraception also have Pearl Indices so pregnancy could result due to failure of contraceptives used on red days.

In conclusion, I believe that NaturalCycles can be used as an effective method of contraception, however like any contraception, it is not perfect and can fail and pregnancy can result. NaturalCycles has proved to help women to keep track of their menstrual cycles and can help approximately identify fertile days but without LH levels it won’t be able to monitors ovulation as accurately. Statistically, users cannot get pregnant on 99.5% of green days attributed by the app.

How do we separate the real deal from the fake news in cancer treatment? Thinking about Macmillan’s new project

If someone asks you something and you don’t know the answer, what do you do? You Google it. The internet is one the most powerful tools at our disposal, and [...]