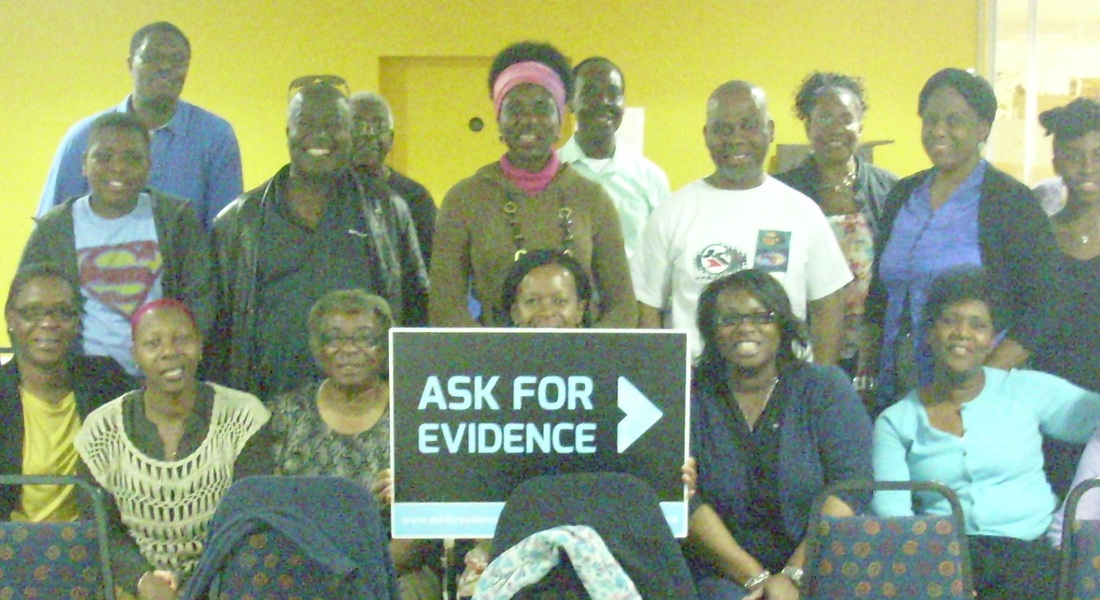 Friends of the Caribbean

Friends of Ask for Evidence

Friends of the Caribbean

Last weekend I gave a short talk about Ask for Evidence to the Friends of the Caribbean, a registered charity representing the Caribbean community in the UK. It was a chance to speak to a group that had never heard of Ask for Evidence before and who were extremely interested in hearing how they could hold local politicians to account. Many in the audience told me they intended to show their next MPs they care about evidence by asking for it.

We are aiming to make a lasting change by putting science and evidence in the hands of the public. And for that we need even more people to get involved. Ask your organisation if it will support the campaign. As you can see I’m happy to come and explain exactly what that means. And if you’ve seen a claim that you’re not sure about, don’t just walk on by, take responsibility – ask for evidence.