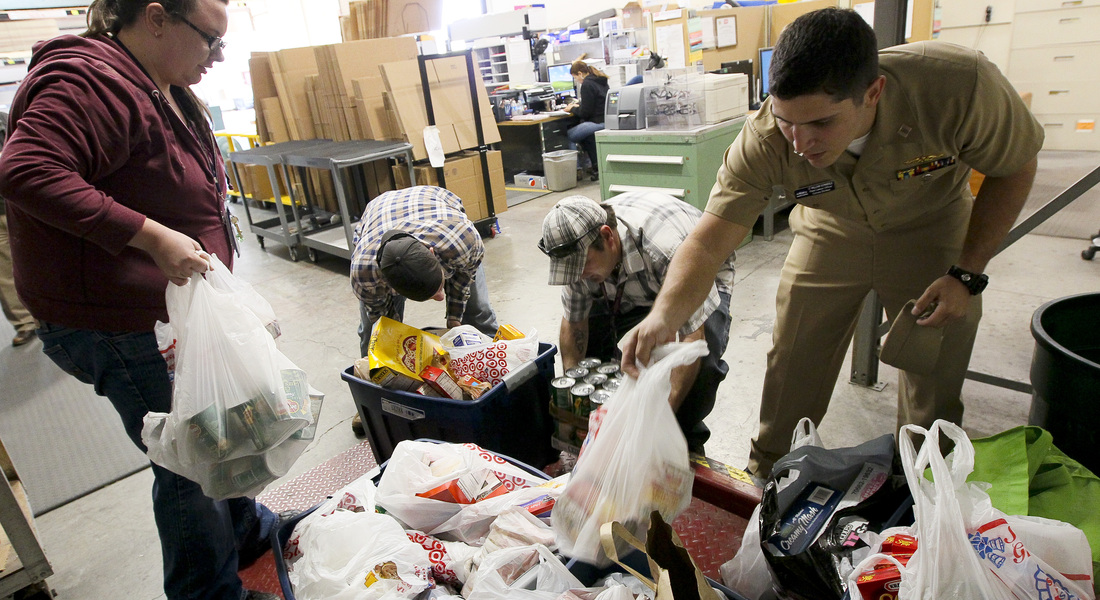 What lies behind the rise in people using food banks in Britain?

Posted by PRATEEK BUCH, on Thursday 20th of November, 2014

What lies behind the rise in people using food banks in Britain? Campaigners, food bank providers and researchers have claimed that changes to welfare benefits are the main reason people turn to food banks – claims that the Department of Work and Pensions (DWP) strongly deny. So how strong is the evidence linking benefit changes to food bank use?

The latest study looking at this question was based on a survey carried out by the Child Poverty Action Group, Church of England, Oxfam GB and The Trussell Trust – research that the DWP dismissed because it “can’t prove anything.” The study’s main finding was that “for between half and two-thirds of the people included in this research, the immediate income crisis was linked to the operation of the benefits system.” I asked Jonathan Portes, Director of the National Institute of Economic and Social Reseach, and Ben Baumberg, Senior Lecturer in Sociology and Social Policy, University of Kent, how robust and systematic this study was.

Being largely qualitative research from a small sample, the study doesn’t give us an in-depth idea about food bank use in the country as a whole. Still, Portes said, “I can't see anything to suggest this isn't at least as good quality as the many qualitative research reports DWP commission and publish.”

Baumberg looked into the strengths and weaknesses of the research in detail, focussing on the quantitative elements. He noted that the study’s authors are transparent in setting out the limitations of their work, which is really welcome. “The three food banks involved are not statistically representative of food banks in Britain, but they make a reasonable claim to be typical of Trussell Trust food banks across the country. This is all transparently admitted by [the authors]. On p19, they have a very clear box setting out the ‘advantages and limitations of the research design.” We also know little about people at these food banks who didn’t respond to the survey. Despite these limitations, Baumberg judges that “overall, it seems that this was a well-conducted study on a very tight budget (perhaps unsurprisingly, given the cost of high-quality data collection with food bank clients).”

Baumberg also put this new study into context by referring to other available evidence on the use of food banks. It’s clear that there’s no official, systematic data collected on the number of people visiting food banks across the UK, or the reasons they need to use them. In the absence of reliable quantitative data, qualitative research can add some insights into the use of food banks – and when several independent reports suggest that benefit changes are the main cause of people being referred to food banks, it becomes hard for the government to carry on dismissing each study as not proving anything.

The government has previously delayed publication of a separate report into food banks, and is now dismissing good-quality, if limited, research. If the Department of Work and Pensions doesn’t think well-conducted qualitative research, from authors who don’t over-claim about their findings,  is good enough, why don’t they commission some systematic, quantitative research into the numbers of people requiring food banks and the reasons for needing them? That way we can judge whether the government is right to reject a link between benefit changes and food poverty.

Ben Baumberg has blogged in more detail about the connection between benefit changes and food bank use here.