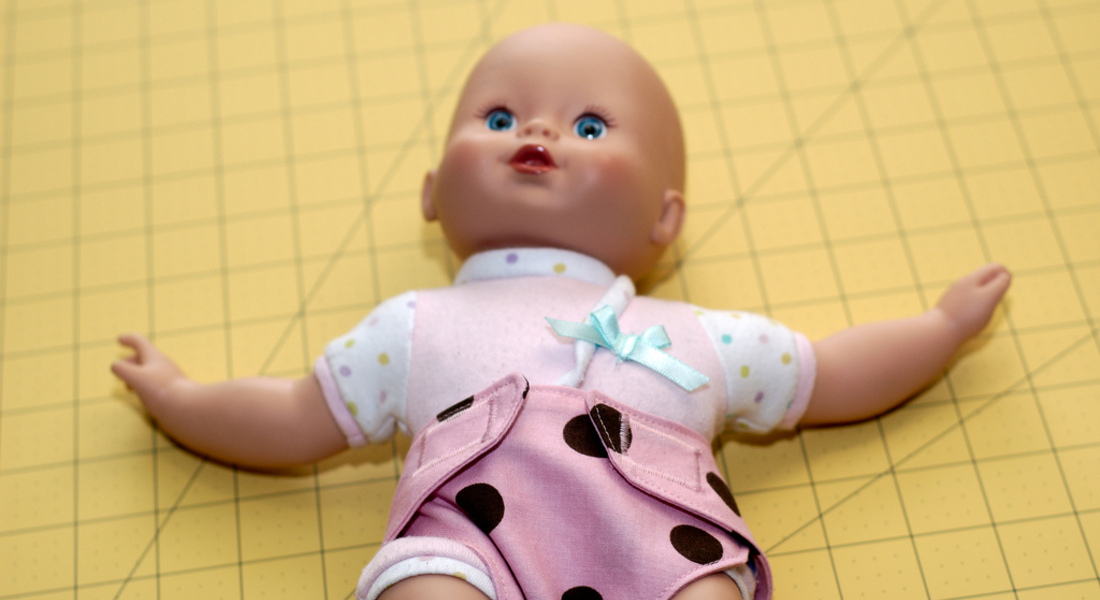 Have you ever seen those baby simulator dolls on TV? Teenagers are given them to take home to help them understand what being a parent is like. They cry if they need attention, a feed, or a nappy change, and they keep an electronic record of how diligent their surrogate parent has been. There’s no hiding if you haven’t taken your parental responsibilities seriously.

I’ve always thought they are a pretty good idea. They look like they would give teenagers a sense of what caring for a newborn is like, and help them to judge whether they are ready to take on that responsibility for real. While healthy and happy young families exist in abundance, it would be irresponsible not to acknowledge the important health and social implications associated with teen pregnancy and young motherhood. Helping teenagers to make well informed choices about having children, therefore, is a crucial part of health education. On the face of it, infant simulator dolls appear to be a promising way to help achieve this.

A recent study, however, found that girls whose health education included the dolls were twice as likely to become pregnant than girls whose health education did not include the dolls (8% vs 4%). The study was a fair comparison, involving nearly 3,000 teenage girls, half of whom were randomly allocated to a programme incorporating the dolls and half who were randomly allocated to continue with their school’s usual health education programme. They were monitored until they were 20, when the numbers of pregnancies among the group, including those that ended in termination or miscarriage, were compared. So, because of the way the study was conducted, we can be confident about its findings.

Realityworks, one of the main manufacturers of infant simulator dolls, rejected the study as “deeply flawed” and reiterated that their programme “offers a highly effective approach to preventing teenage pregnancies.”

So, I asked Realityworks for evidence. They didn’t respond. However, a few days later links to studies appeared on their website, including one to a white paper listing 15 studies that they claim show that simulator dolls are effective in reducing teen pregnancies.

Here’s the thing: of the 15 studies that Realityworks says show that their product is highly effective in preventing teen pregnancy, only one actually reported rates of teen pregnancy among its participants. The remaining 14 studies asked teenagers about their attitudes towards teen pregnancy, their intentions about when they will have a baby, and their current levels of sexual activity. These are called surrogate outcomes; outcomes that stand in for the thing that we are really interested in. While what teenagers say about having babies is important, anyone who knows a teenager knows that what they say and what they do are not necessarily causally related. Moreover, the single study that did collect information about actual pregnancy rates was small and methodologically questionable. A teacher who had used the dolls in her sexual health programme phoned her ex-students at home every three months while they were teenagers to ask whether they had been pregnant since she had last called. I don’t know about you, but this doesn’t sound like the most reliable way to get accurate data to me.

So, despite Realityworks assertions to the contrary, I am still not seeing any evidence to support their claim that their product “offers a highly effective approach to preventing teenage pregnancies”.

I have written to Realityworks to suggest that they re-word their claim to say that the dolls are associated with changed attitudes, not changed pregnancy rates. Even better would be if they took their criticism of the large fair test to its logical conclusion and commissioned an independent fair test that collects information about actual pregnancies. More good data makes for better understanding, and schools who are shelling out around £700 a pop for these dolls would have a better idea about what promises they can and can’t deliver on.

Note: Hamish checked that the studies he looked at were relevant to the claim, and looked at the study size as well. Tips like these can be found in the Ask for Evidence help centre.