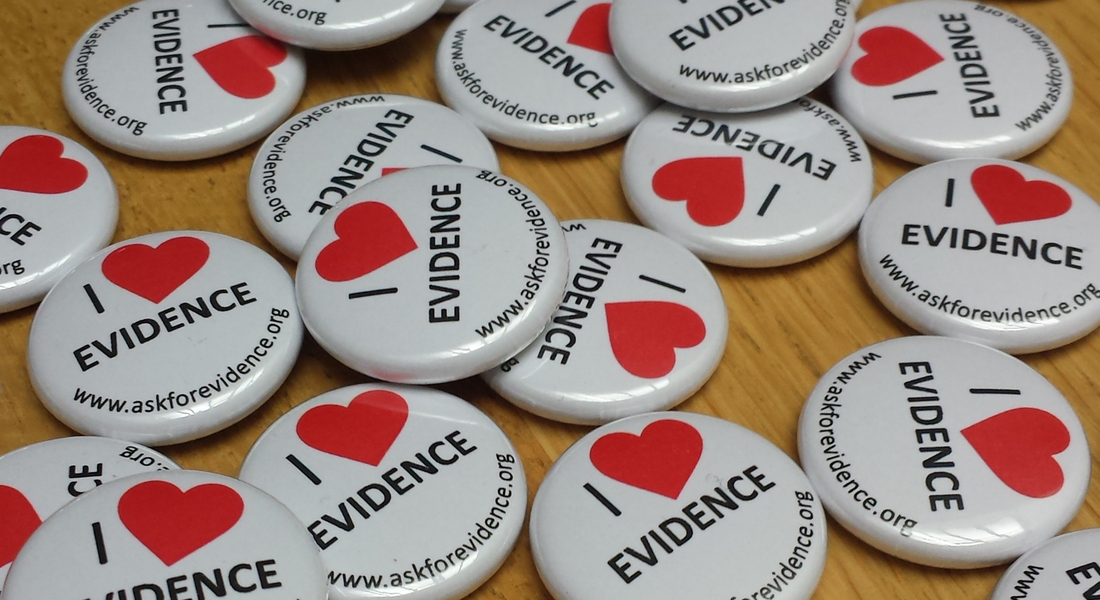 Asking for evidence over a pint

Asking for evidence over a pint

Posted by JESSICA TAYLOR, ASK FOR EVIDENCE AMBASSADOR, on Friday 8th of January, 2016

In October 2015, I and nine other early-career researchers were selected to become ambassadors for Sense About Science’s Ask for Evidence campaign.

The ambassadors represent the campaign at talks around the UK and beyond and encourage different audiences to Ask for Evidence. When I first heard that the campaign was looking for ambassadors, I was really eager to apply as, having previously been a tutor at a local college, I know that a great deal of young people get the majority of their information from social media and the internet. They need to be given the skills to sift through the constant barrage of unregulated, anecdotal claims on what is good for our health, bad for the environment, how we can treat diseases or what could give you cancer.

So far our small group has spread the Ask for Evidence message from London to Aberdeen, with one of our members even across the pond in California. We’ve spoken to university students, vets and special interest groups such as Café Scientifique. So it was with a mixture of fear and excitement that I traveled across to Leeds to speak at the local ‘Skeptics in the Pub’ meeting to give my first solo talk in Leeds.

‘Skeptics in the Pub’

In case you are unaware of ’Skeptics in the Pub’, let me tell you more about it. Groups of people across the country have begun to arrange regular meet ups in pubs and bars to discuss science, reason and rational thinking alongside a healthy dose of alcohol. I arrived at The George pub and was greeted by a wonderfully diverse, but worryingly large, group of people. After a few technical hitches and ten fear-filled minutes of thinking I’d be acting out my PowerPoint slides I was underway.

I started the talk off with a brief introduction of the campaign and then got stuck into to the Ask for Evidence stories. The group was amazed and alarmed in equal measure when I told them about Osmosis Skin Care and their drinkable sun cream. Made of ‘100% water’, this product supposedly claims to protect you from UV through the delivery of beneficial radio frequencies to the cells. Since the British Association of Dermatologists asked for evidence, the company has had to change the claims on all their packaging. I also told them of my own experience of asking a thermologist for evidence to support her claim that infrared cameras can detect cancer ‘8-10 years before’ other current technologies. I am yet to hear back on this one.

Based on feedback received on the night and afterwards, I thought the event went really well. The audience asked a lot of really interesting and insightful questions, not only about the campaign but about my personal experiences of working in science. There was also a healthy debate over the benefits and limitations of peer-review, which I especially enjoyed. I can’t wait for my next talk, so please get in touch if you’d like to find out more about our campaign and how you can get involved!

This blog has been reposted with the kind permission of the Biochemical Society (@BiochemSoc) and was originally published here.