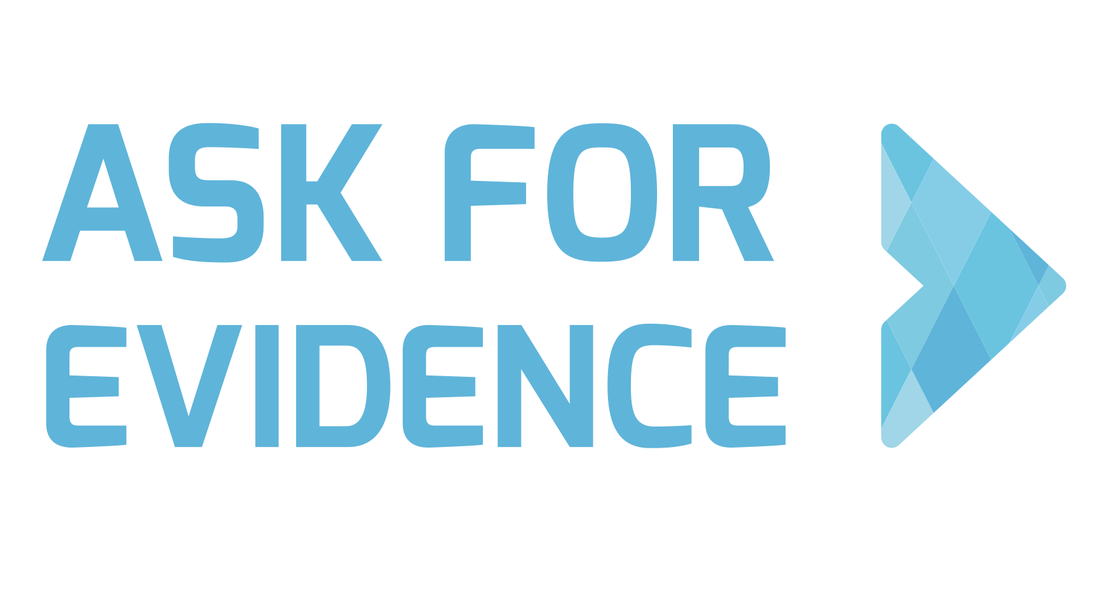 Evidence matters. And we should all ask for it.

This is a new interactive website where anyone can ask individuals and companies directly for evidence behind claims they make. It is part of the Ask for Evidence campaign which encourages everyone to ask for evidence for every claim they see.

Ask for Evidence was launched in September 2011 with the support of hundreds of public figures, thousands of supporters and organisations such as Mumsnet, NHS Behind the Headlines and the Royal Statistical Society.

Since then hundreds of people have asked for evidence and shared their stories with us: The author of a book of dietary advice was asked about his claim that sitting near a window in a restaurant means you eat less; gyms have been asked about supplements they sell; a health department was asked about its guidelines on Viagra prescriptions and a retail chain about its MRSA-resistant pyjamas.

We've already seen that simply by asking for evidence people and companies making evidence-free claims are retracting policies and taking products off shelves.

The new website will gather together these stories and more. It will become a place to highlight the companies and individuals who respond positively to requests for evidence, and those who don’t.

AskforEvidence.org also has a help centre to help people make sense of evidence they are sent. This gathers together expertise from Sense About Science and the organisations we work alongside, shaped by our experiences and insights from 12 years helping people understand evidence and answering public questions about science. Members of the public will also be able to request help directly from an expert.

AskforEvidence.org was developed thanks to the support of the Wellcome Trust and hundreds of individual supporters.

Dr Chris Peters, Scientific Liaison, Sense About Science, said: “Evidence matters. And we should all ask for it. Anyone who wants us to vote for them, believe them or buy their products should expect us as voters, consumers, patients and citizens to ask for evidence. Even the relatively small number of people asking so far has had some significant impacts. Imagine if we all did it? The launch of this new website means that everyone making a claim is now on notice that they might be asked for the evidence.”